THANKSGIVING
LAUSD To Hand Out 1.5 Million Holiday Meals On Wednesday 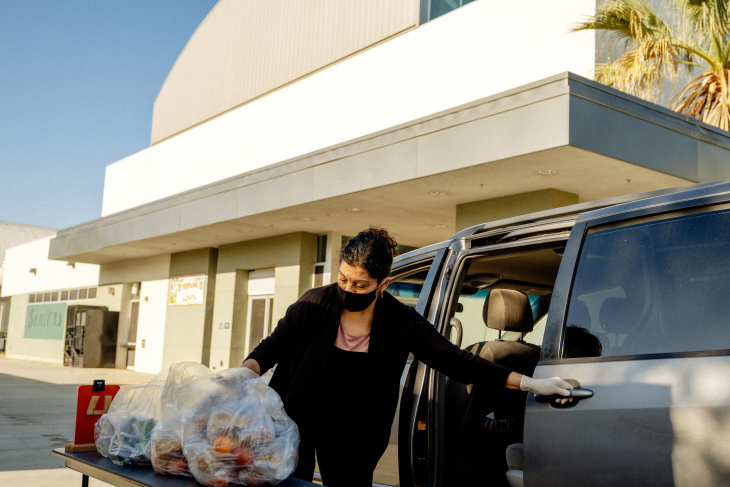 To help families get through the long Thanksgiving weekend, the Los Angeles Unified School District will be handing out five days’ worth of meals – for a total of 15 meals per family member – this Wednesday, at the district’s 63 grab-and-go centers.

That adds up to 1.5 million meals according to Superintendent Austin Beutner’s weekly video update. It will be the greatest number of meals distributed by the district in one day since schools closed their campuses in March.

Beutner called the scale of the food relief “like something out of the Guinness Book of World Records.”
Here is a map of the grab-and-go centers where the district distributes free meals from 7 a.m. to 10 a.m. on weekdays:

Heads up: while the grab-and-go meal centers are normally open on weekdays, they will be closed on Thanksgiving itself and on Friday, too, according to the district.

In an interview with the superintendent as part of the weekly update, LAUSD Director of Food Services Manish Singh said the Wednesday meals will include sliced turkey, mashed potatoes, gravy, and green beans.

“It’s actually a Thanksgiving meal that families can actually sit down and actually enjoy with each other,” Singh said.

How will the district pull off what Beutner calls a “herculean” food relief effort? Well, the LAUSD has become a food distribution machine, translating its normal food operations to distribute almost 80 million meals to hungry kids and adults since the pandemic first closed LAUSD school campuses in March. In April, we introduced you to district employees whose work makes the food distribution possible.

As for paying for the almost 80 million free meals the district has been giving out: There are some reimbursements the district gets through school lunch programs, but that doesn’t cover it all.

Time and time again, the superintendent has appealed to city and county officials to help LAUSD provide these meals to students in need, as well as hungry community members. According to updates from the district, LAUSD has also accepted $29 million in donations to its “LA Students Most In Need” Fund.

UPDATE, Nov. 24, 9:40 a.m.: This story was updated to reflect the total number of meals each person or family member would receive.

READ MORE OF OUR COVERAGE OF MEALS AND SCHOOLS:

Our news is free on LAist. To make sure you get our coverage: Sign up for our daily coronavirus newsletter. To support our non-profit public service journalism: Donate Now.